Networking’s Biggest Lie–Skyrocket Your Network with the Truth 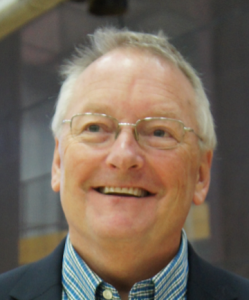 We’ve all heard the mantra of “It’s not what you know, it’s who you know.” Most have adopted that advice as the gospel truth as we pursue our career.  This mantra is the biggest lie in networking. Randy Brown breaks down this fallacy and lays the foundational pillars used to create large, deep and impactful networks. Learn that who you know is only 1% of the solution. The remaining 99% lies in the ability to build and nurture relationships in a mutually beneficial way. This style of networking has helped over 100 of Randy’s mentees gain jobs in college basketball. This session teaches how to achieve the depth of relationship that is paramount to knowing the right people to help at the right time, all the time.

To support my presentation, I cite people who have debunked the Biggest Lie and built their network according to one million. Each story is fascinating, creative, and materialized do to total buy in to the process I teach. In my field, I work with young basketball coaches who aspire to become college coaches. An undergraduate with no ties to basketball becomes a full-time assistant coach at a major NCAA school in four years. A rock star turns in his bass guitar to pursue coaching and coaches in the NCAA Division II Championship game two years later. A Division II student assistant, two years later, participates in March Madness in the field of 64. How does this happen? What looks like an impossible mountain to scale, becomes a series of small trips up the mountain with a guide. The guide supplies the wisdom and knowledge of the mountain through experience. The coach listens, follows the teaching, and gets to the top of the mountain successfully. The point is that no coach can make it to the top of the mountain by himself. It takes a mentor to help guide you to the place you desire to be.

Objectives of this presentation include:

About the Speaker:
Randy Brown is a national author, speaker, and coach. Randy is considered a national expert on the topics of networking, leadership, team building, and motivation. His book, Rebound Forward, highlights his rise in the college coaching world as well as failure, adversity, and tragedy creating life-altering obstacles. In his coaching career he reached the highest level in men’s college basketball at the NCAA level. He is a role model for resilience in the face of life’s most devastating circumstances. He delivers an inspiring and memorable one-two punch to audiences around the country. He holds a BA degree in Education from the University of Iowa and a MA degree in Educational Administration from the University of Arizona. He has two daughters and lives in Ames, Iowa.

This entry was posted in Uncategorized. Bookmark the permalink.