ZAP THE MILLENNIAL GENERATION GAP! How to keep Millennials interested, on board and engaged. 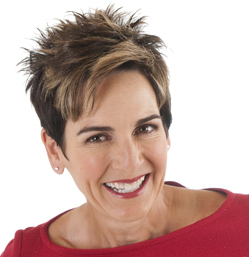 The Millennium Generation is filling the ranks of our ever-changing workforce.

The Millennial Generation is more ethnically diverse than past generations, more racially accepting, more likely to have a tattoo, more open to immigration than older generations and more likely to sleep with their cell phones. They are also more likely to leave their job in less than three years. Raised in a connected world, the younger generation does not appear to be motivated or inspired by traditional leadership models. What worked last year does not work today. What seemed like a perfect solution yesterday is the source of tomorrow’s problem.

The Millennial Generation brings a new perspective to the workplace and a refreshing new set of skills. They also can present a new set of challenges for managers and employers.

Meagan tackles millennial generational challenges, myths and misunderstanding head on. Unwilling to accept standard by-the-book generational generalizations, Meagan demonstrates to audiences, through her own in depth research and program customization, that Millennials possess differences and strengths that go beyond mere age and appearance. Move beyond complaining about the younger generation and revisiting old generational information. Learn from Meagan Johnson what you can do right now to connect and engage with the Millennial Generation.

Objectives of this presentation include:

About the Speaker:
Meagan is known as a “Generational Humorist” and has an outspoken, take-no-prisoners Gen X attitude and challenges her audiences to think differently and act decisively when dealing with multiple generations.

Meagan graduated from Arizona State University Business School with a BS in Marketing. After working several years in a sales environment Meagan became discouraged to hear all the negative comments about Generation X. (Generation X is the 50 million people born between 1965 and 1980.) As a Gen Xer herself, she felt these comments were of course unfounded. She was further frustrated by the blinders her own managers seemed to have.

Meagan began to research everything from small to large corporations in order to find successful ways to work with the younger generation. From that ZAP THE GAP Solving the Multi-Generational Puzzle was born.

Since 1997 Meagan Johnson has entertained and educated thousands of audience members. She has written a variety of articles about the multiple generations and has been interviewed for many publications and audio programs. She has been quoted in The Chicago Tribune, CNNMoney.com, US News & World Report and many other publications. She wrote the Generational chapter in the book Success is a Team Effort. Meagan and her Baby Boomer father, Larry Johnson are the authors of Generations, Inc – From Boomers to Linksters, Managing the Friction Between Generations at Work.

This entry was posted in Uncategorized. Bookmark the permalink.